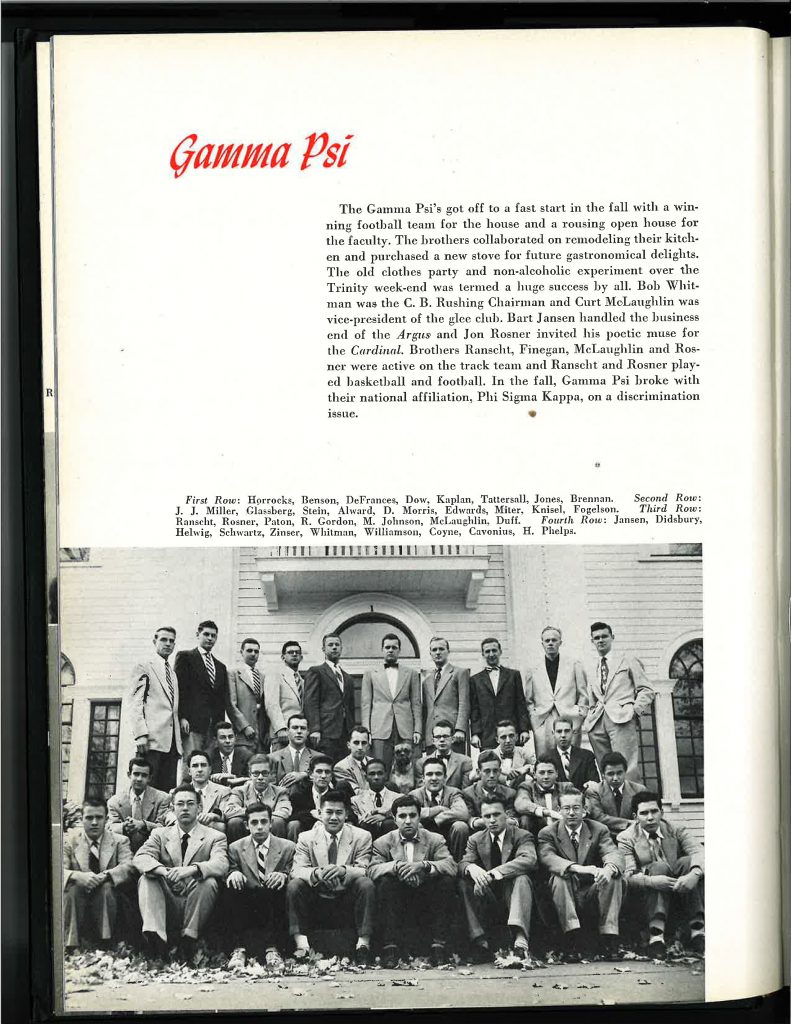 Martin L. Coyne’s daughter Melissa ’81, is sad to announce that her father died on April 9, 2019 following a valiant battle with emphysema. Marty was born in Brooklyn in 1931 and graduated with honors in psychology. As the President of Psi Sigma Kappa, he encouraged the fraternity to break away from its National Affiliate when it refused admission to an African American member and formed Gamma Psi. He served in the Army and then worked in commodities where he was one of the top people in his field worldwide, as senior vice president at J. Aron & Co then a partner at Goldman Sachs.

Following his early retirement, Marty devoted his time to philanthropic and charitable causes, volunteering for Hospice-by-the-Sea, Jewish Federation, the Mizner Festival for the Arts and as Chairman of the Florida Philharmonic, to name but a few. He used a $1 million work bonus to found the Coyne Family Foundation (which has donated almost $2.5 million since 1985), established AMORE, which provided free financial advice to the elderly, was co-founder of the Boca Raton Symphonia (now in its 15th year) and recently started the Healing Sounds of Music which provides healing music programs by professional musicians in assisted living facilities in Boca Raton. For those who are interested, contributions to healingsoundsofmusic.org would be gratefully accepted.