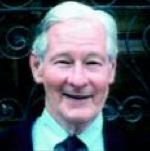 STEPHEN MAY (Age 84) July 30, 1931 – March 31, 2016 Independent art historian, writer and lecturer, passed away March 31, 2016 at Georgetown Hospital. The cause of death was complications following surgery in early February. Born in Rochester, NY, July 30, 1931 to University of Rochester professor Arthur J. May and Hilda Jones May, he graduated from the Harley School in Rochester, and earned a BA, Phi Beta Kappa, from Wesleyan University in 1953. After graduation and a cross-country road trip with two classmates, he enlisted in the U.S. Army. In his downtime while stationed at Fort Meade, MD, he observed the U.S. House and Senate in session, an experience that inspired his first career in politics and government. He received his JD from Georgetown Law School in 1961. After the Army he joined the staff of U.S. Rep. Kenneth B. Keating (NY), and later served as Keating”s Executive Assistant in the Senate. Back in New York, May was a member of the Rochester City Council, 1966 – 1973, and the city”s 62nd Mayor, 1970 – 1973. In state politics in the 1970s, he was Chairman of the New York State Board of Elections. In 1981 he returned to Washington as Assistant Secretary for Congressional Relations at the U.S. Department of Housing and Urban Development until 1988. Upon retiring from government, Mr. May pursued a life-long interest and built a rewarding second career writing and lecturing about art. His passion was American painting and sculpture, especially Modern-ism, but his interests broadened to include European art; sport; art movements; architecture; museums; contemporary art, and the preservation of artist homes and studios. He reveled in the opportunity to share overlooked and underappreciated talent with his audience. His articles appeared in dozens of regional and national publications. He led art tours and lectured in museums, historical societies, senior residences, and other venues around the country. His work was infused with admiration for artists and their role in society. Mr. May divided his time between his home in the District and a farm in Union, Maine that his parents purchased in 1926. The Maine property, which includes a 19th century farmhouse, continues to be the favorite gathering place for the May family. Steve loved his life. He will be remembered as a gentleman, and for his civility, charm, optimism, wit, physical stamina, keen interest in politics, and especially for his enthusiasm for his work. He was predeceased by his brother, Christopher May, in October, 2015. In addition to his brother”s wife and children and their families, he leaves behind his wife, Kathryn B. Wilson, whom he married in 2007. Their marriage was the first for both bride (56) and groom (75), and they were touched when, following the wedding announcement, they received a flood of well-wishes from friends and strangers alike-many senior single people-who were inspired in hope for themselves and late-blooming relationships. Indeed, the nine-year marriage was one of happiness and devotion. Interment of ashes will occur in a private ceremony in Maine this summer. For more information and to add remembrances for his wife, go to www.ilasting.com/stephenmay.php. Direct written notes to Katie Wilson, 4101 Cathedral Ave., NW, Washington, DC 20016. In lieu of flowers, send donations to: The Harley School, Rochester, NY; The Farnsworth Museum, Rockland, ME; or the Smithsonian American Art Museum, Washington, DC.In lieu of flowers, send donations to: The Harley School, Rochester, NY; The Farnsworth Museum, Rockland, ME; or the Smithsonian American Art Museum, Washington, DC.